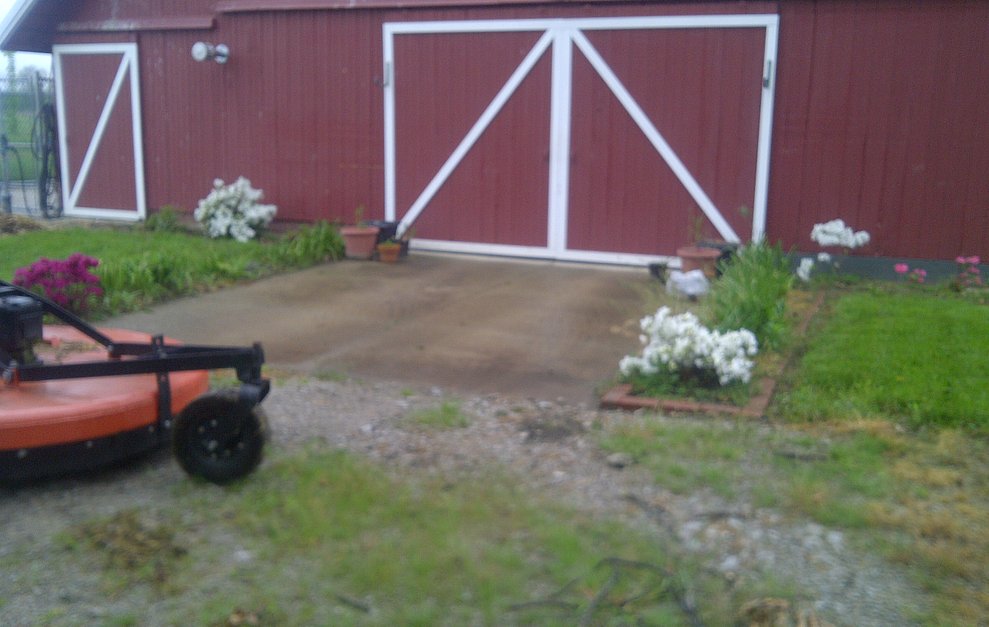 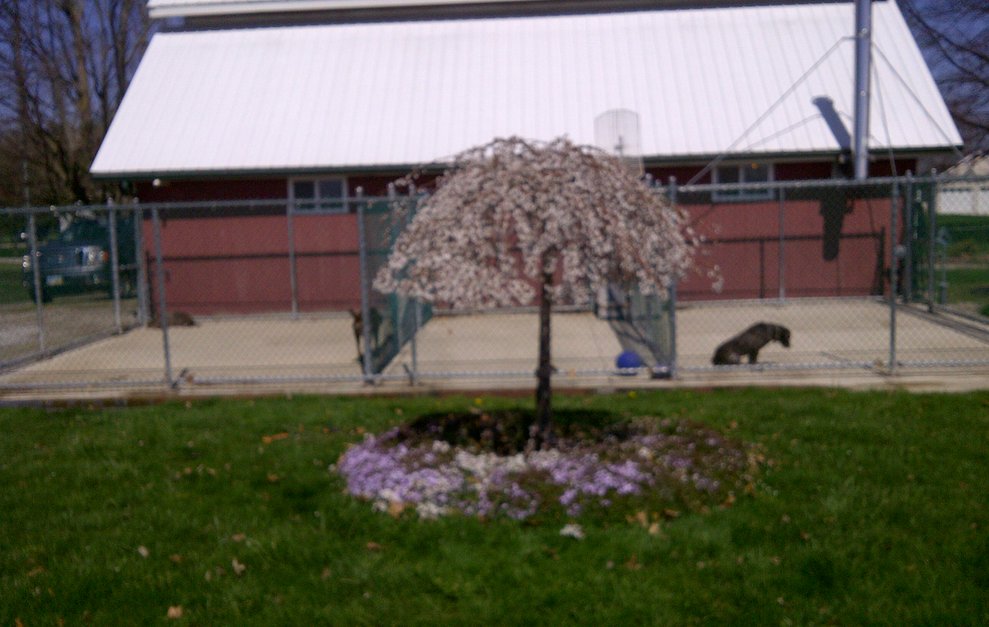 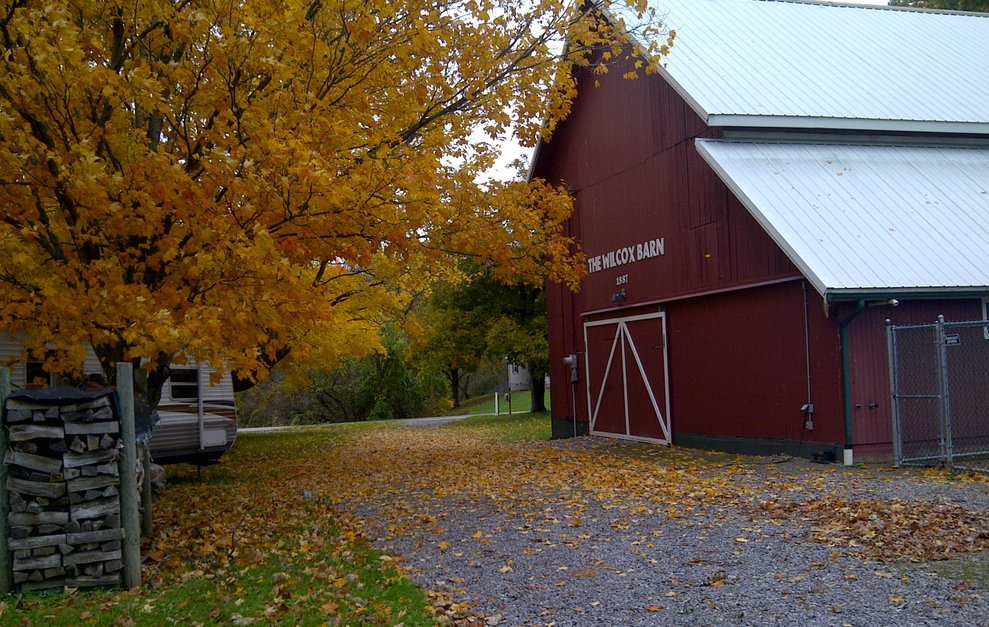 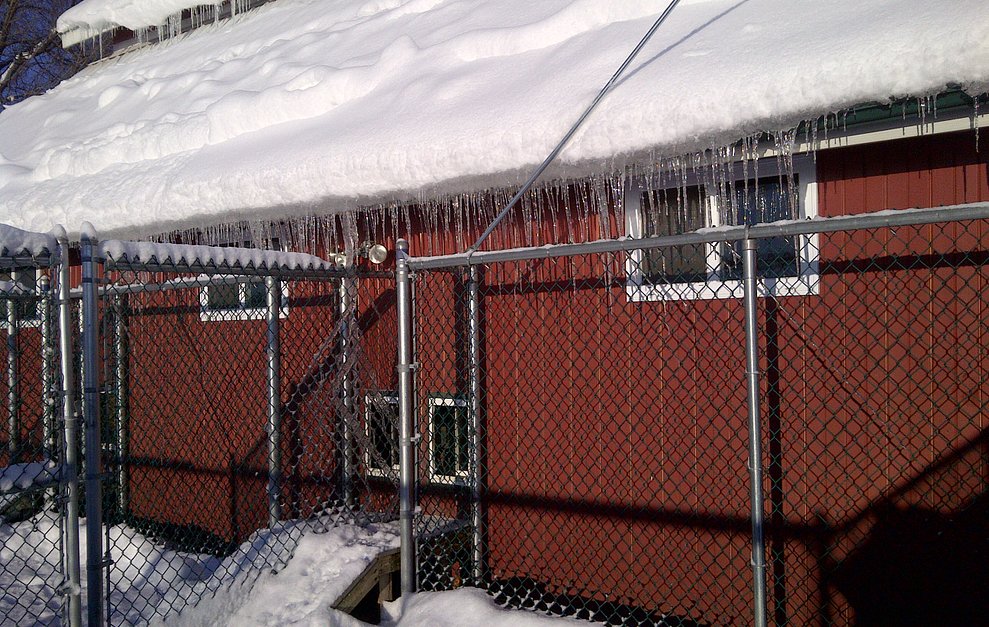 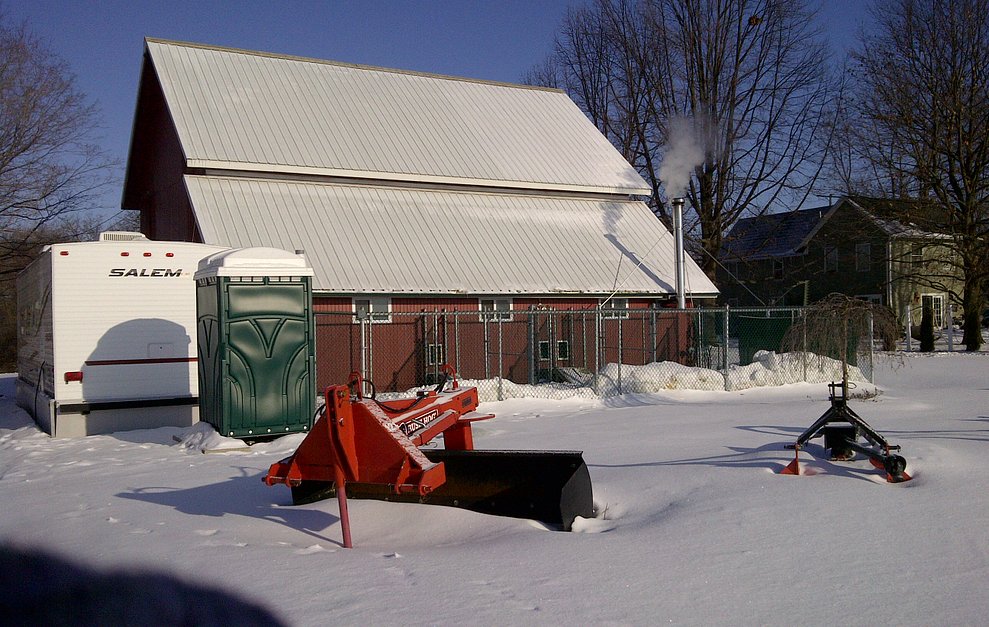 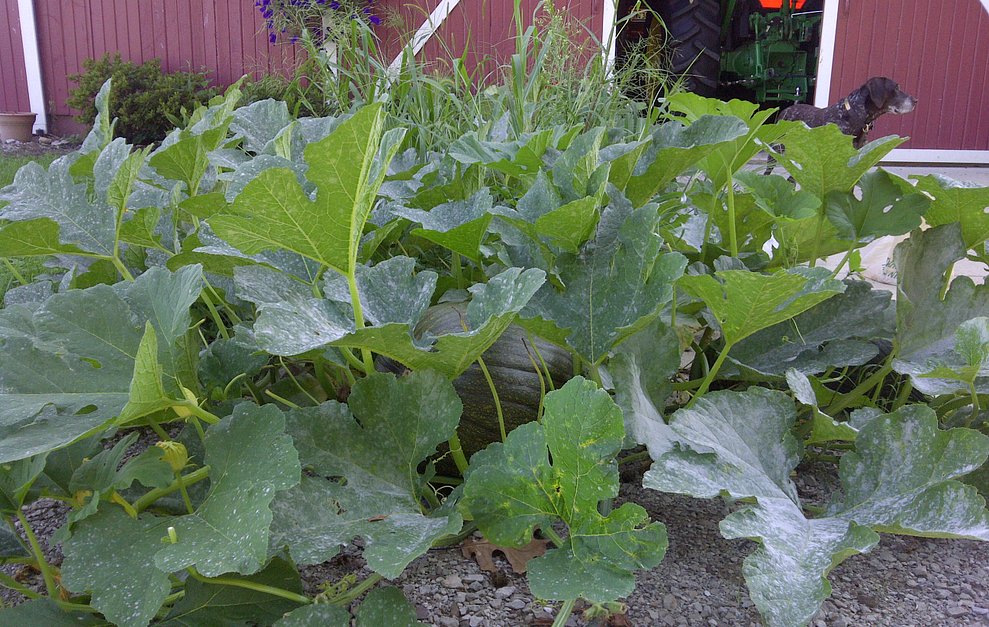 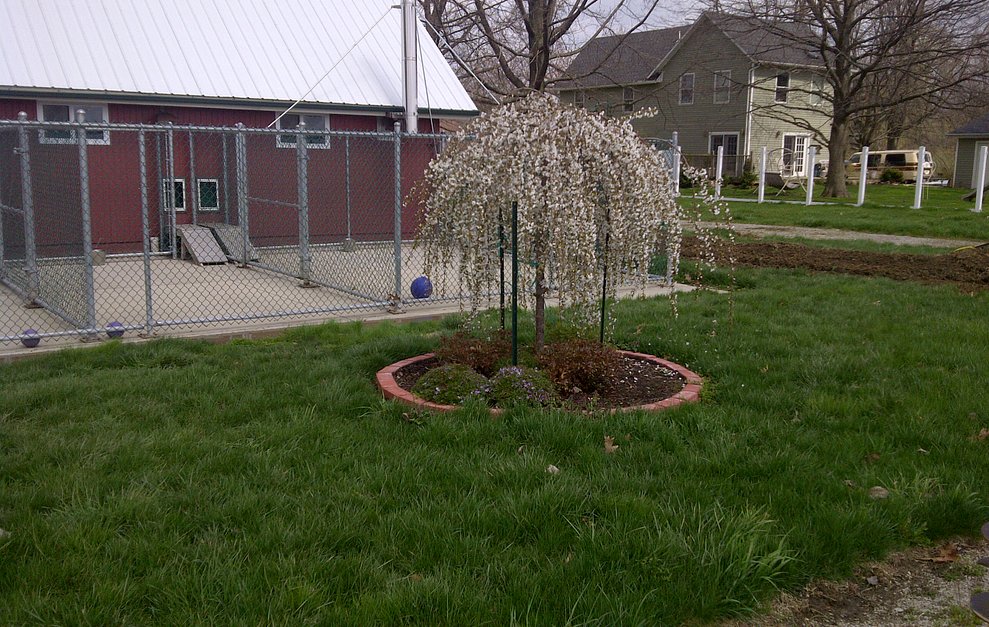 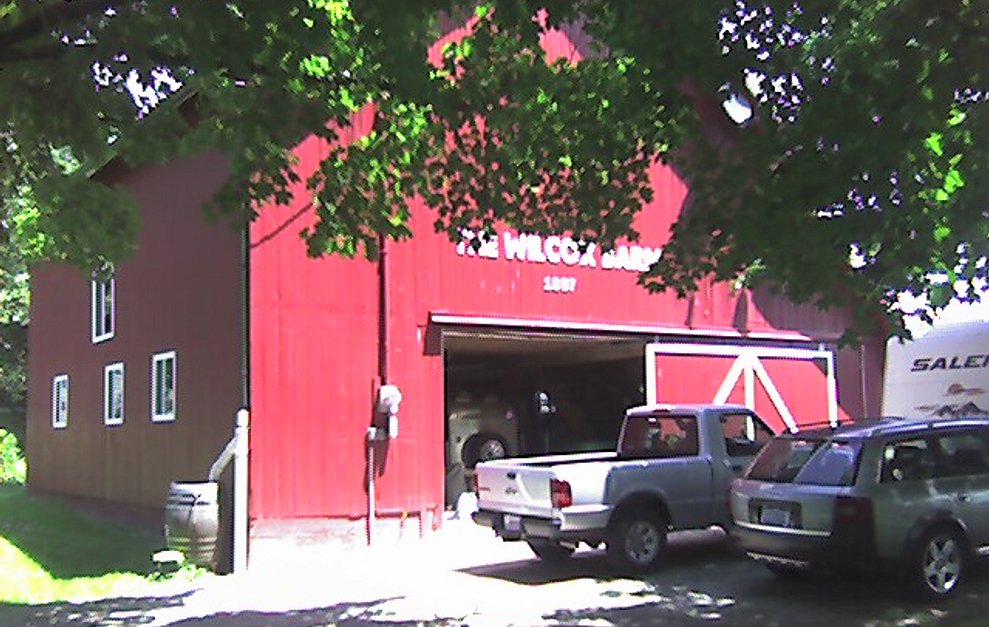 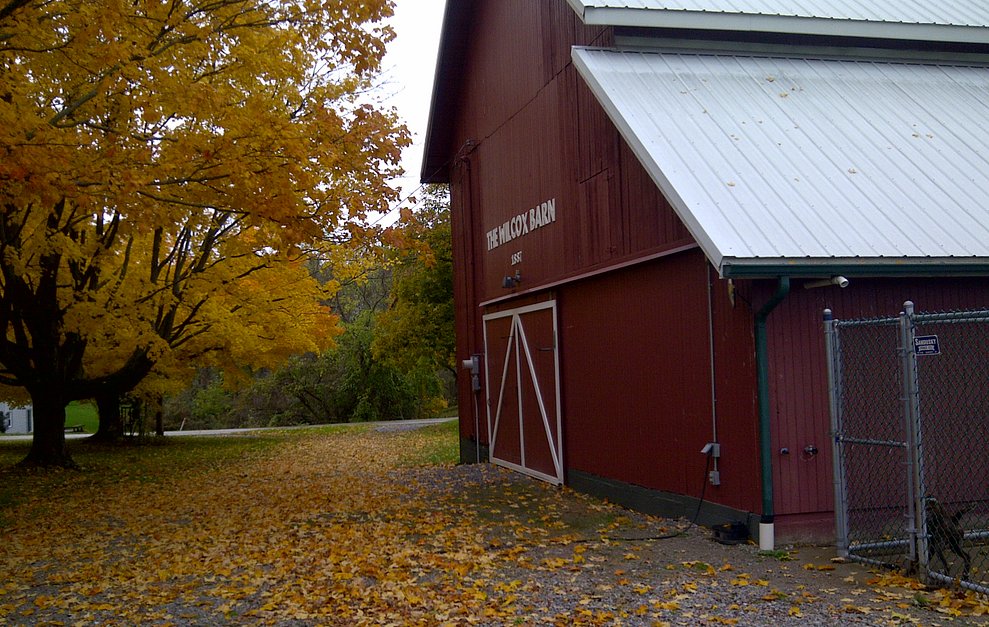 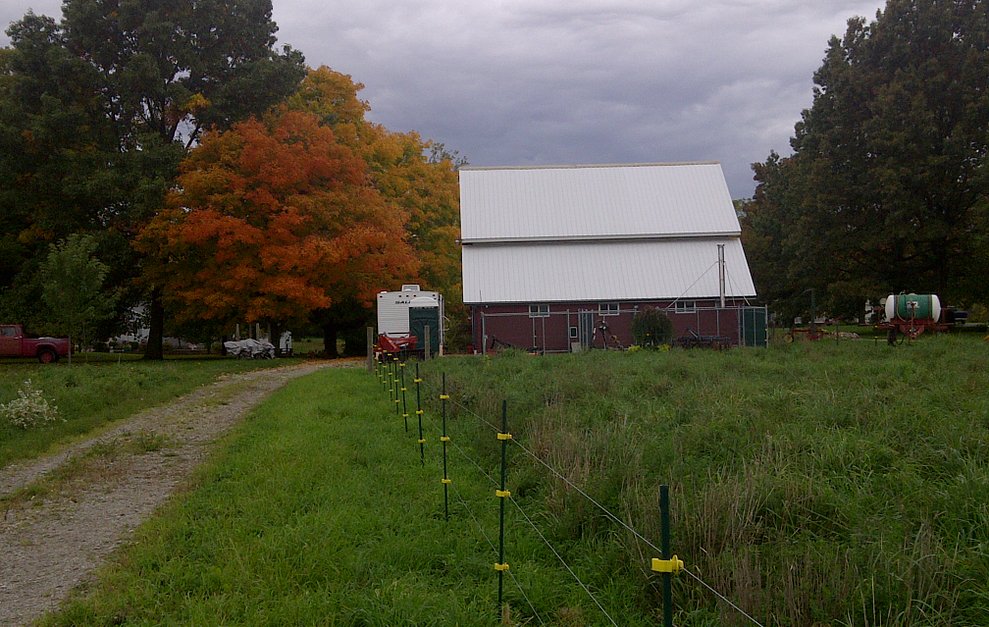 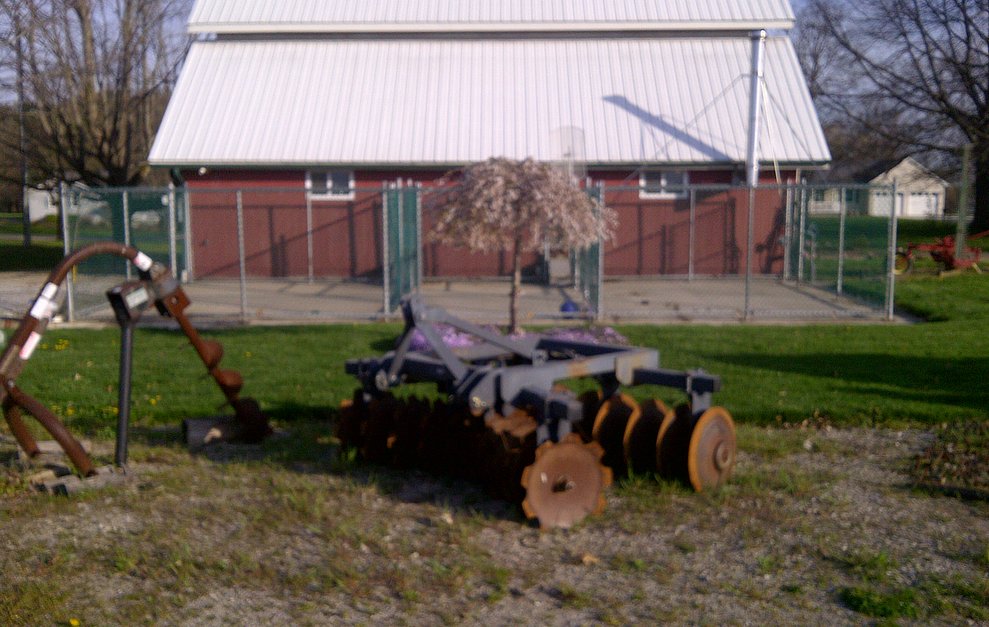 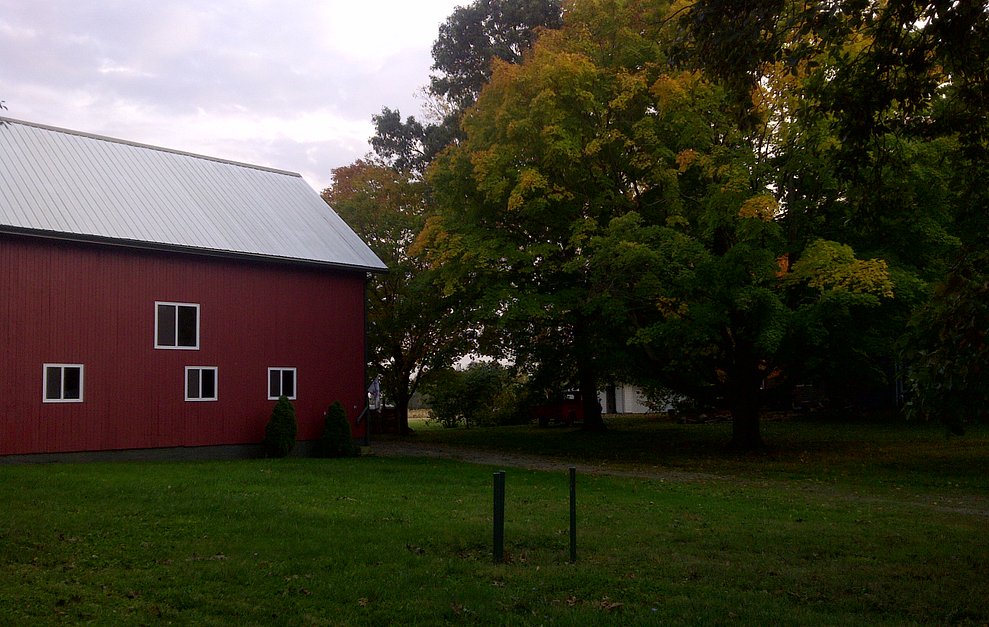 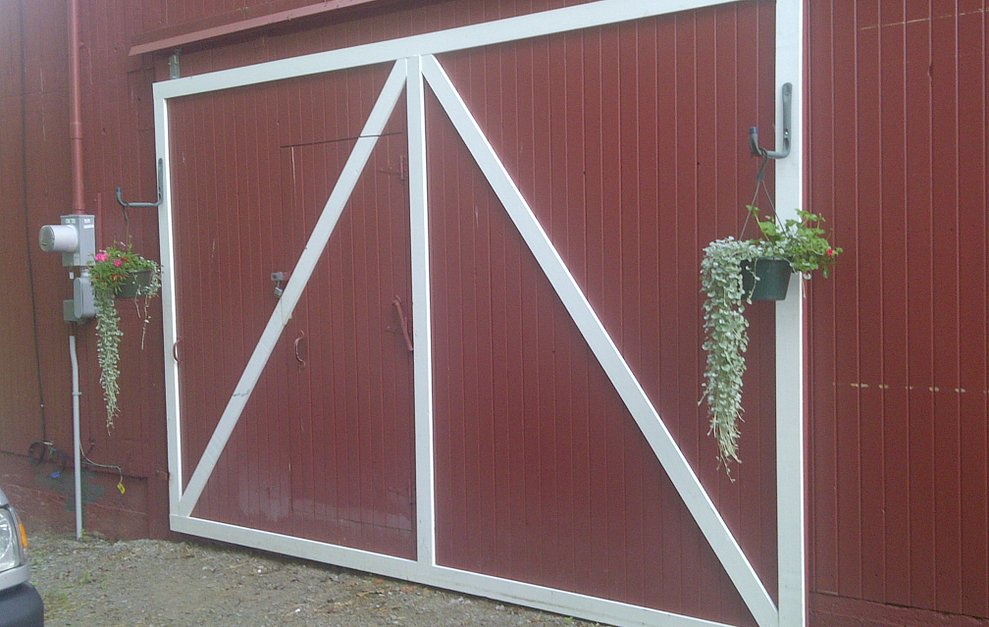 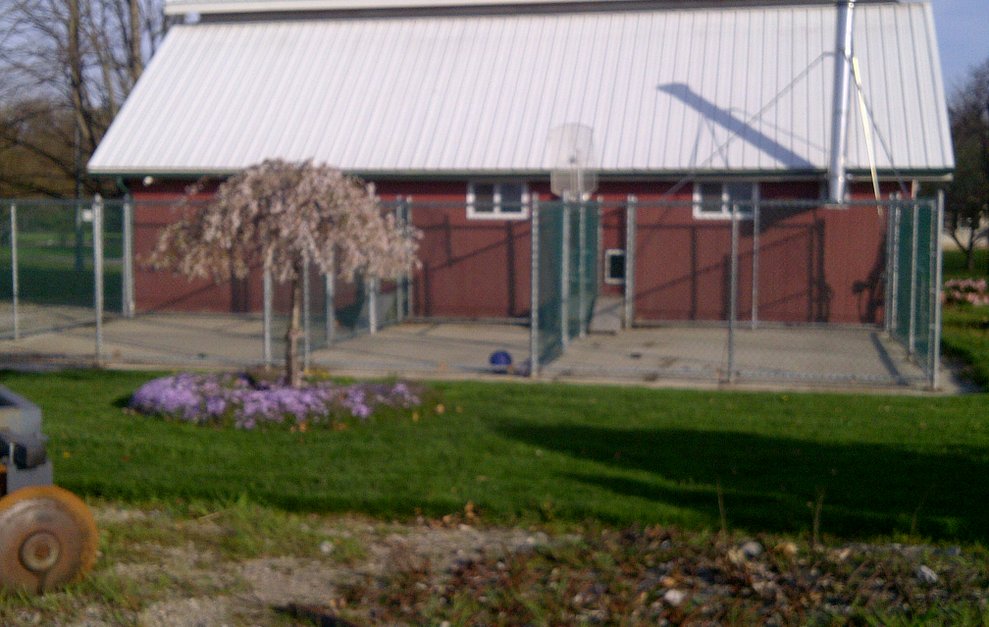 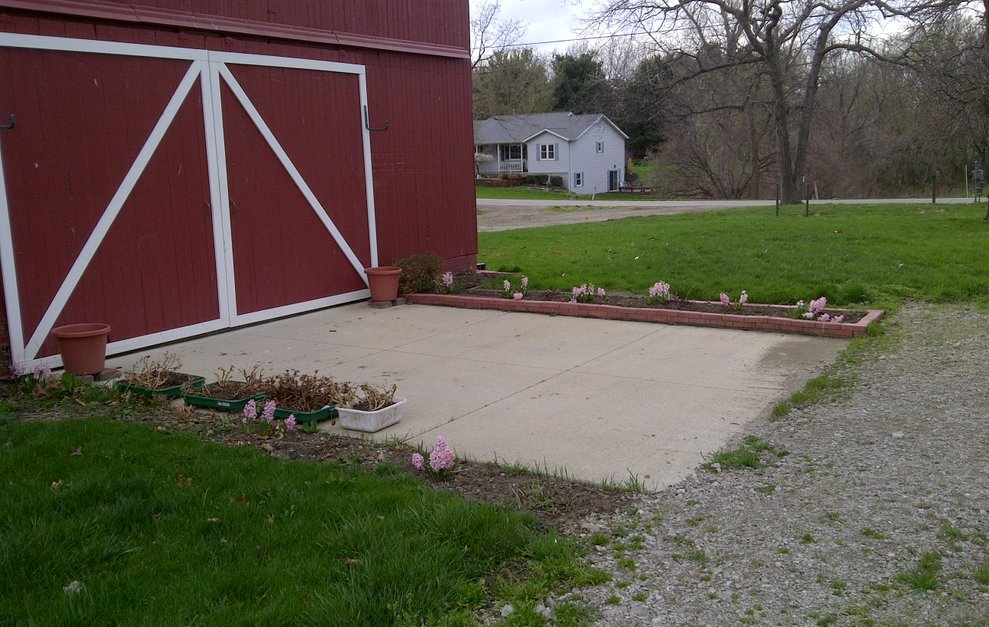 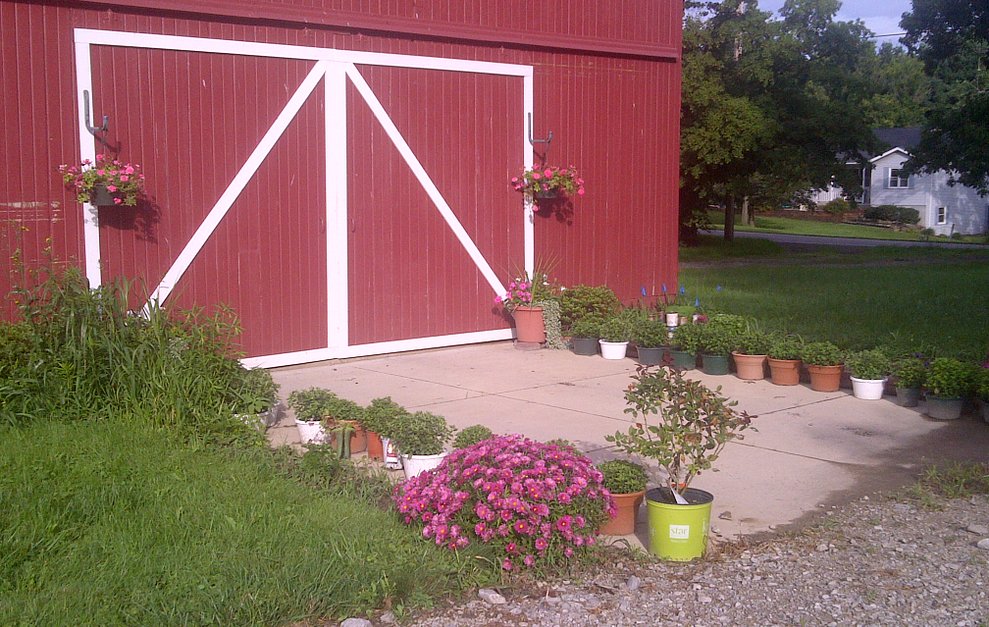 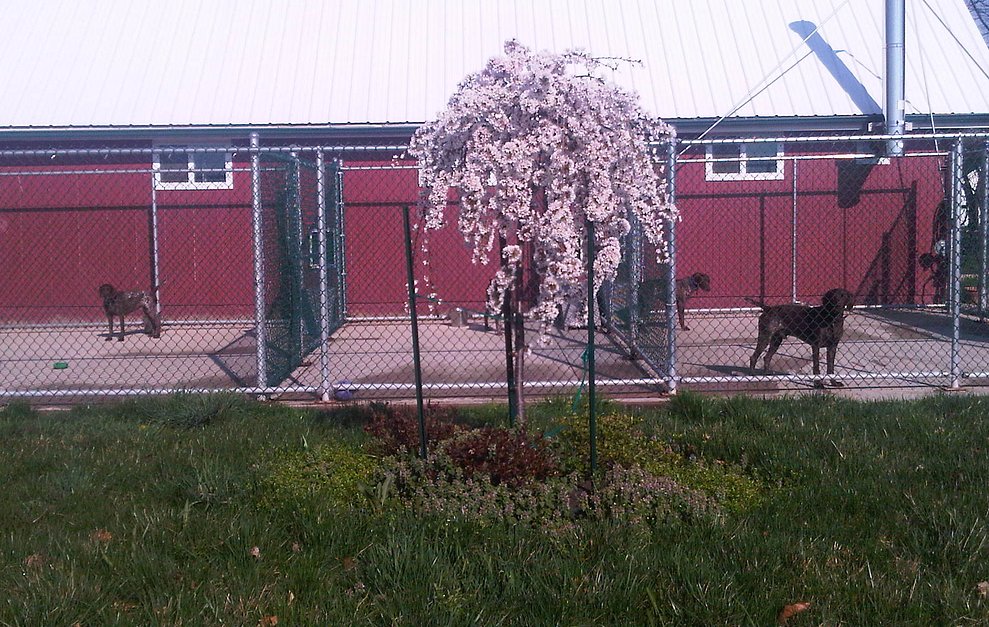 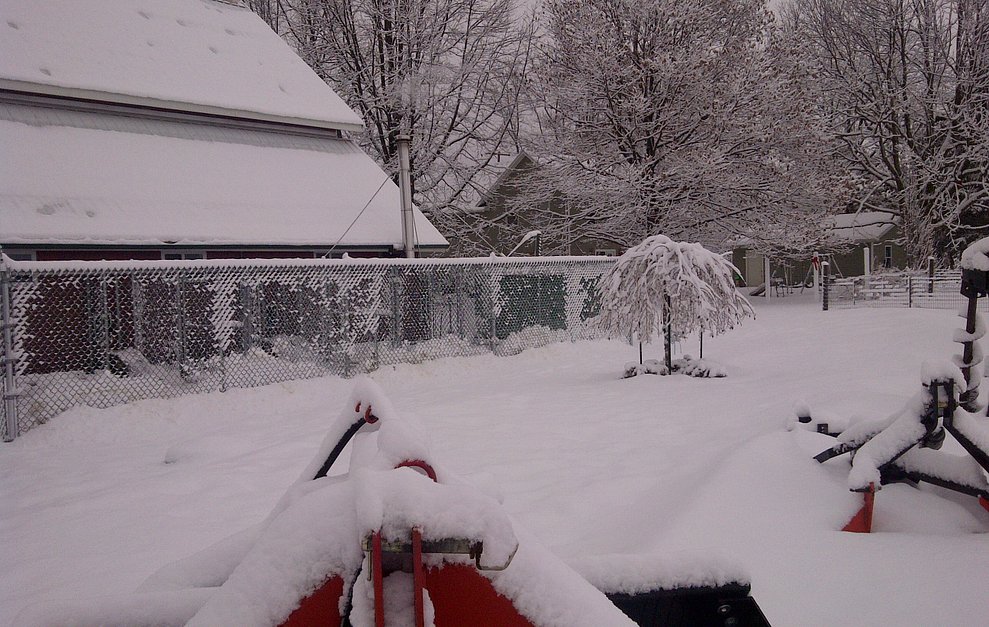 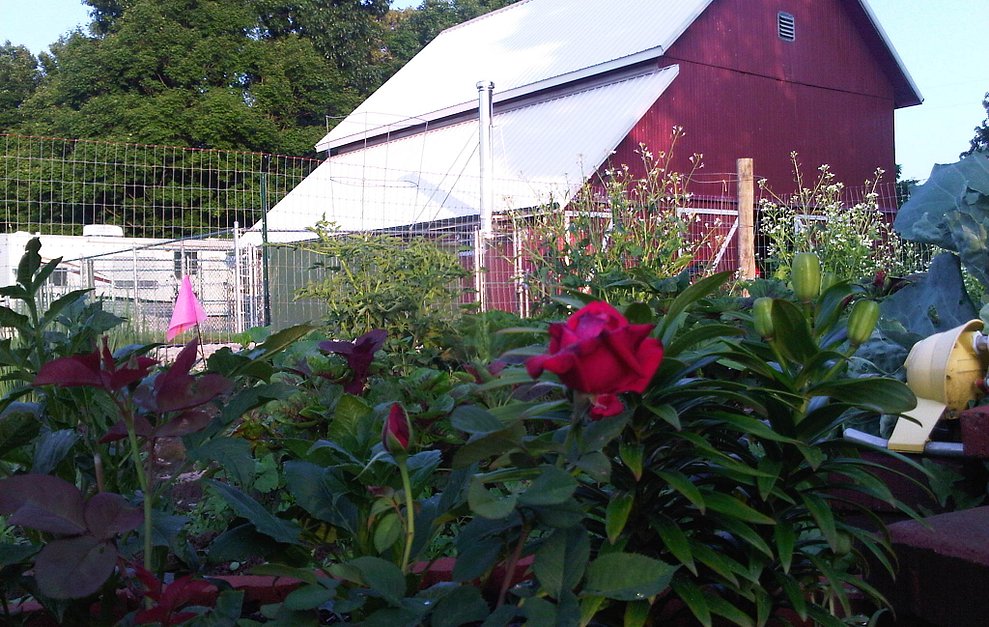 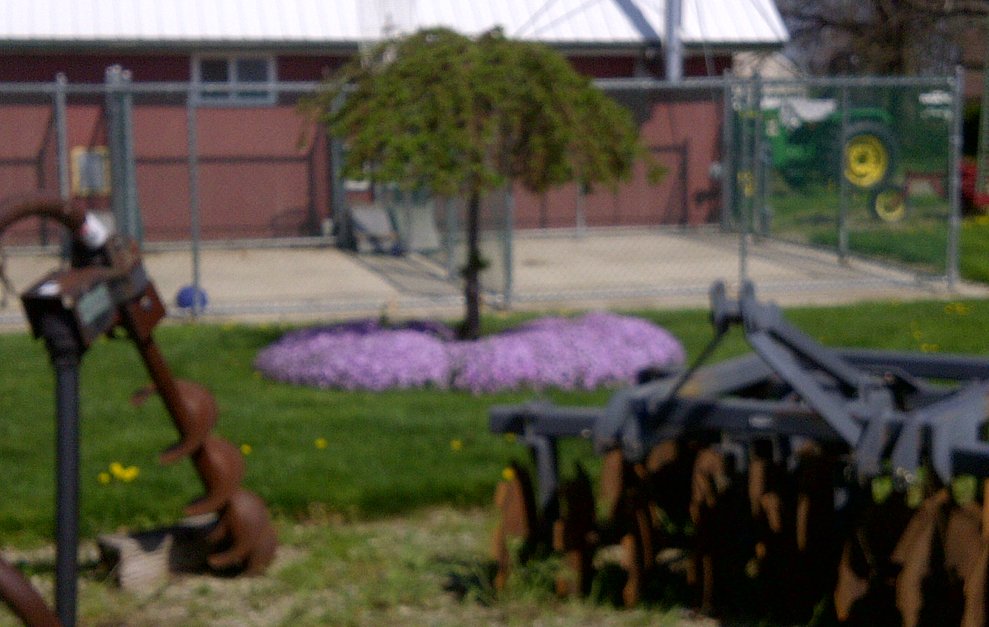 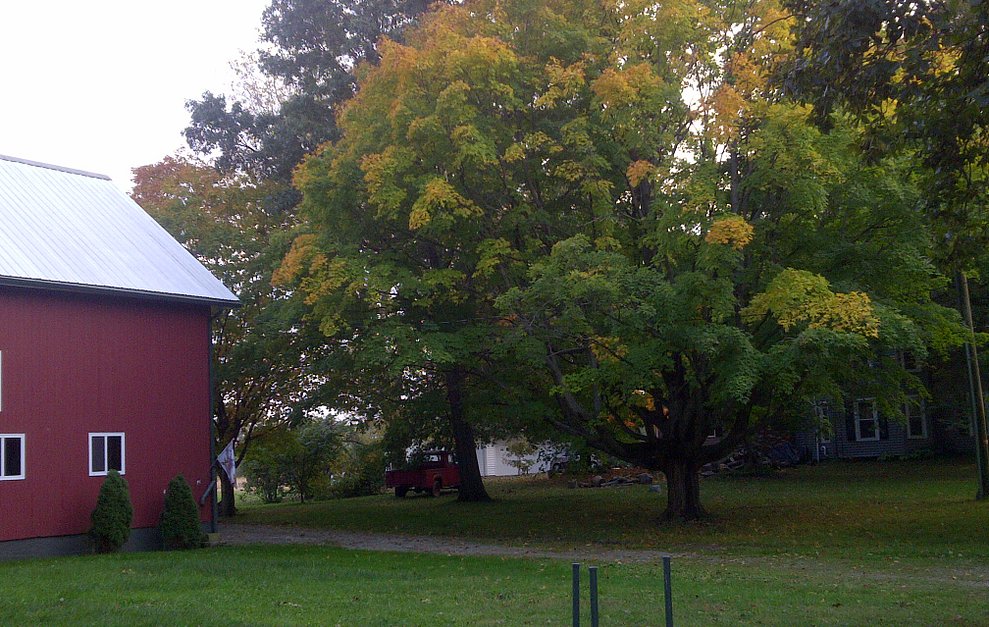 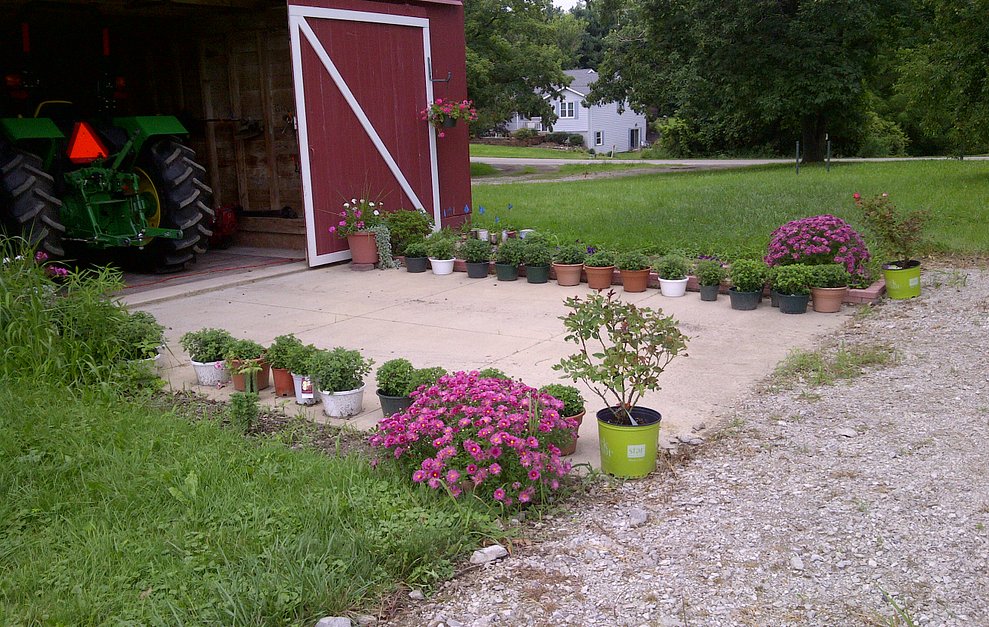 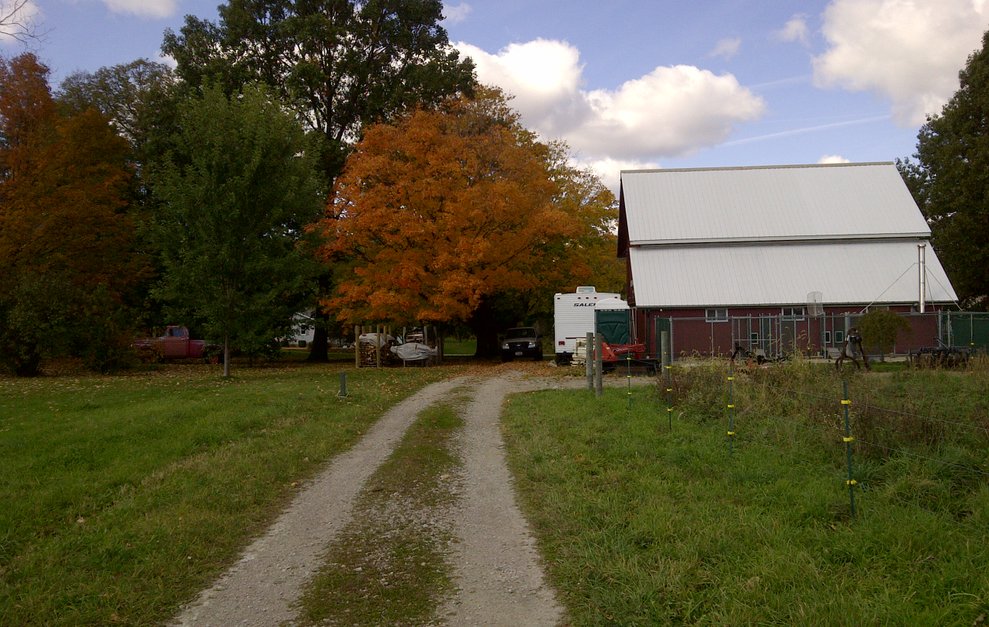 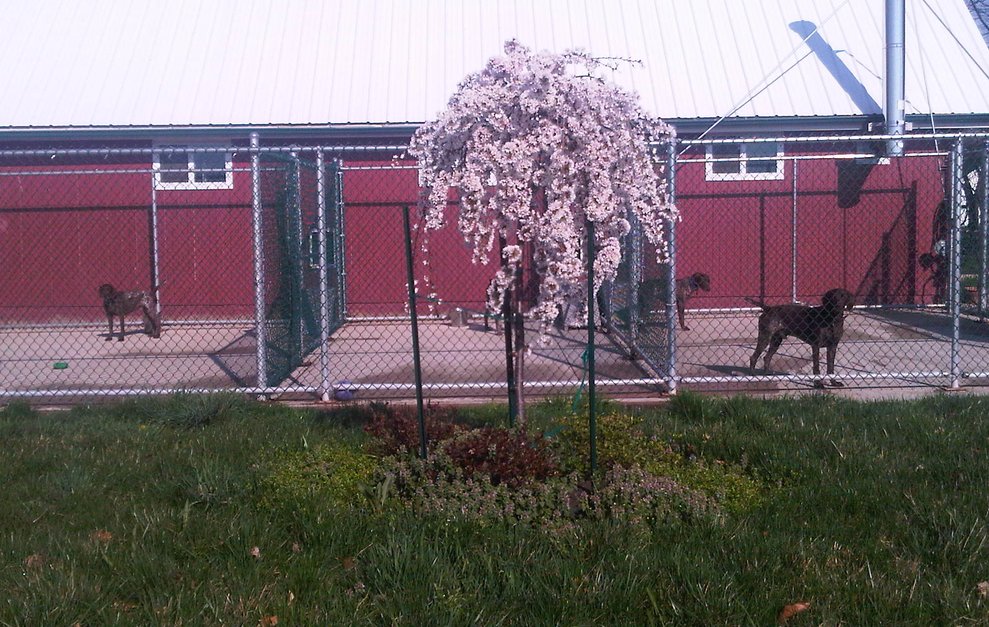 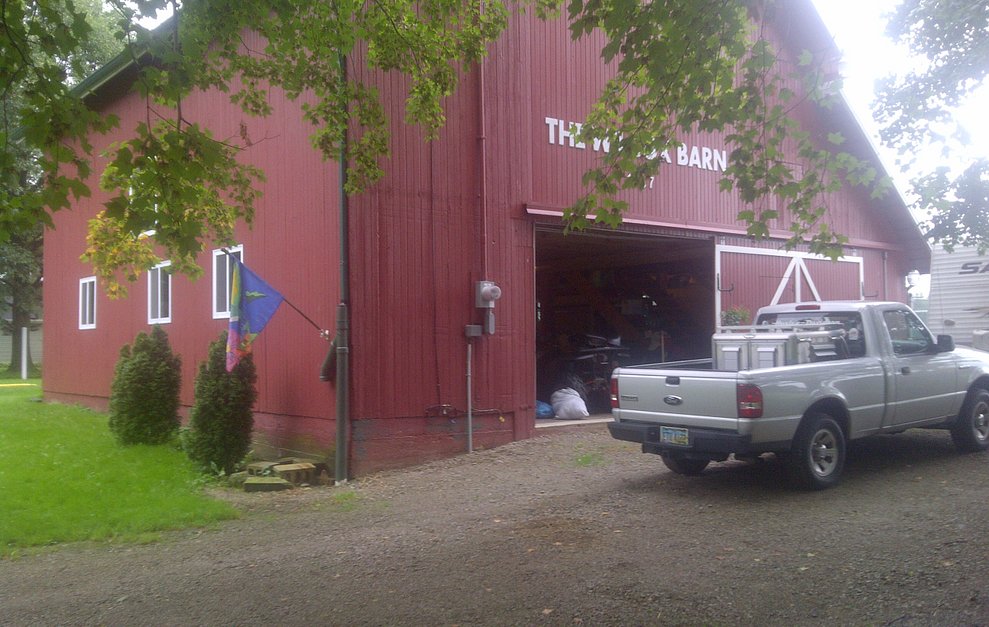 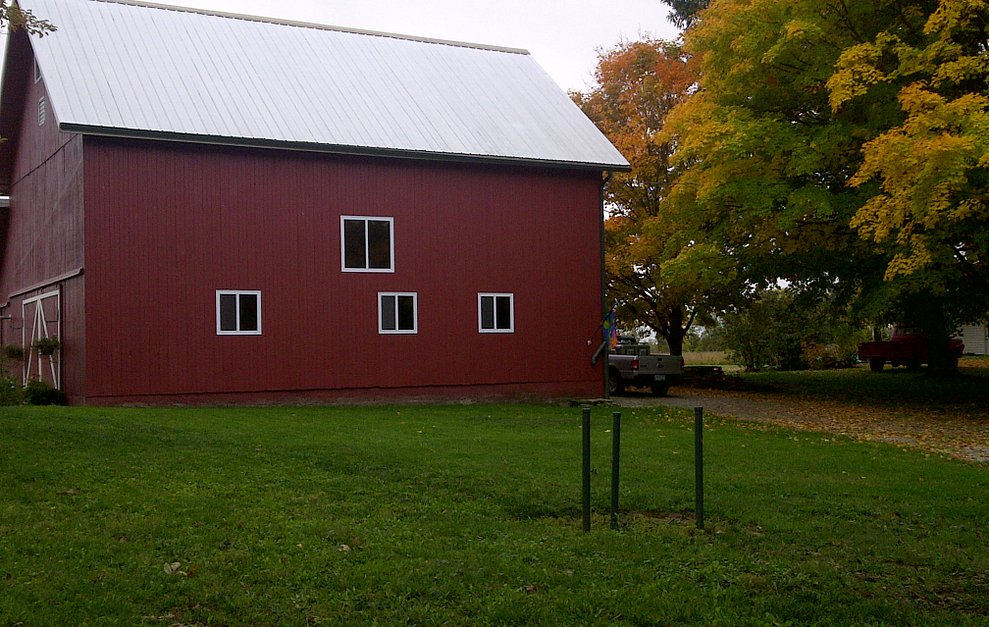 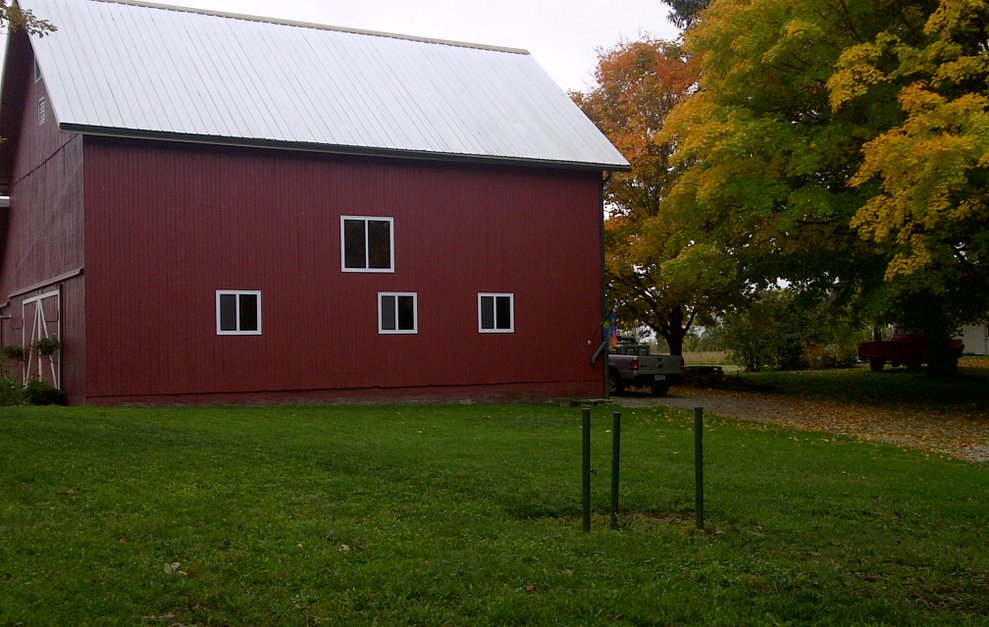 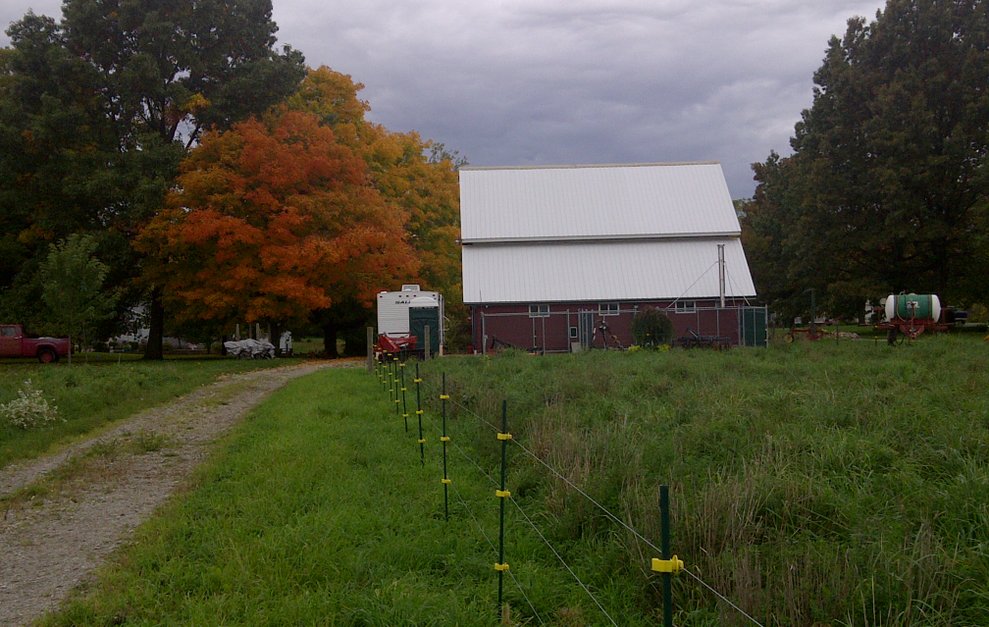 We estimate that the barn was originally constructed in 1887 based on the records we have found. Several renovations were done since then, including the addition of a concrete base around the perimeter, to seal off the interface between ground and the yellow pine exterior. in the 1990’s access to the 2nd level and the addition of a 3rd level was completed.

About this time, the original farm of 600 acres was broken up into several parcels, with four parcels going to each of the four inheriting family members and ten parcels sold as two acre residential lots along River Road.

Until that time, the barn was a fully functional structure, storing hay, livestock and farm equipment. The floor was soil and gravel.

Since the early 1990’s till 2008, the barn was used for storage, not faming and 20 acres of the remaining 43 acre parcel (which is now M&M Legacy Kennels) was leased to a local farm who no longer needed the barn, since his primary farm location was only a few miles down the road. In 1998 the roof of the barn was replaced with a corrugated metal surface (non-standing seam).

By this time, the barn exterior was in disrepair several rotting pine panels, no gutter. I purchased the 43 acres in December, 2008 and in the spring of 2009 entered into a six month rebuilding project including the following;

§  Replaced 40% of the exterior with new yellow pine

§  Removed the soil and gravel floor down to the limestone footers and in some areas, deeper to insure all of the contaminated soil (Diesel fuel & Animal bi-products) was removed (EPA Requirement) and replaced with gravel and 8” thick, re-enforced concrete.

§  The concrete in 1/3rd of the barn was then coated with a two part Sherwin Williams epoxy for the kennel floor. The exterior walls of this area are fitted with FRP (Fiberglass Reinforced Plastic) for ease of cleaning.

§  The 2nd 1/3rd of the barn was in 4” thick pavers and is where all the equipment is stored (Tractor And Trailers).

§  The 3rd section remains as original, a seed storage room.

§  The 2nd level is now used for hay storage (alfalfa) and shelves have been built for storage of farming materials (Spare parts and maintenance materials).

§  The 3rd level is now our pheasant pen where I keep pheasants for up to four months, as allowed under the Dog Training permit. These are used for training.

§  All utilities for the farm are underground, running 600’ back from River Road

ü Two, 200A services (400A Total), one used for Oak log Shop and the second for future expansion.

ü NORW (Northern Ohio Rural Water) 2” line, underground, supplies both the Barn and the log structure at the moment. Can be tapped to supply a future kennel and Home

ü 9 outlet D Box Already installed collage of pictures of the renovation and the barn as it is today, can be viewed below;